Circumstances of Death: Following a mission to bomb a railroad year in Maribor, Yugoslavia, German anti-aircraft fire shot down his plane. All eleven crew members were able to bail out but three, including Oscar Rankin Proffitt, were found dead in their parachutes by local members of the underground resistance. Of the remaining 8 crew members, four became prisoners of war (POWs) and four safely returned to Allied lines. (https://www.findagrave.com/memorial/56313397/oscar-rankin-proffitt).

Additional Information: Additional details of his service can be found on his Findagrave.com entry. 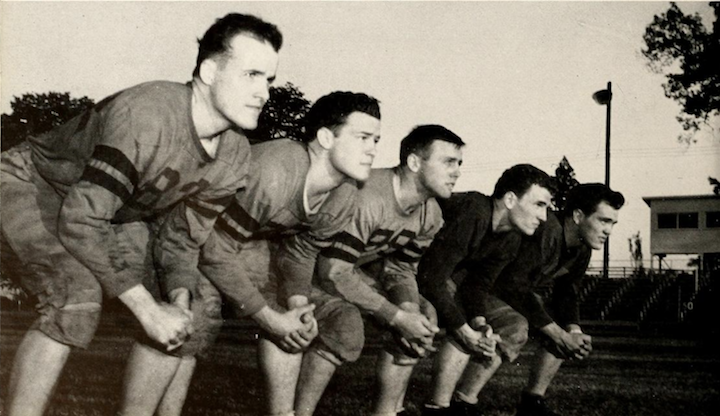 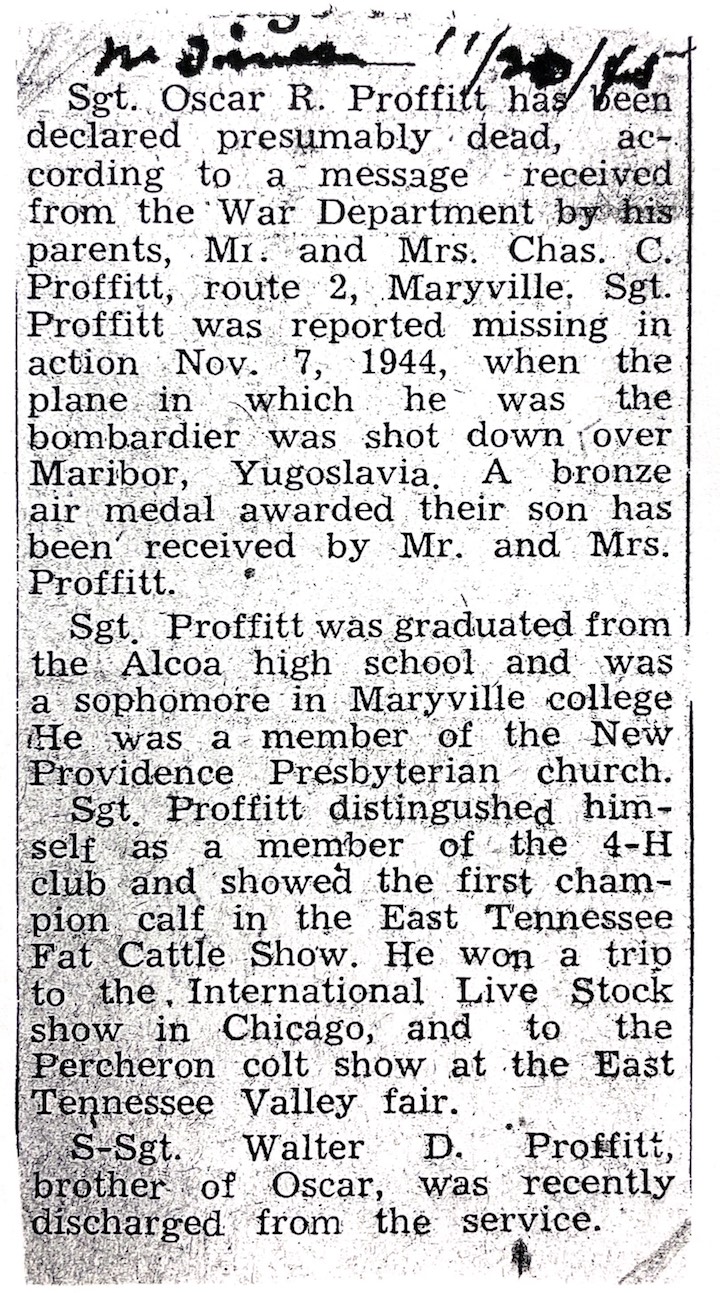