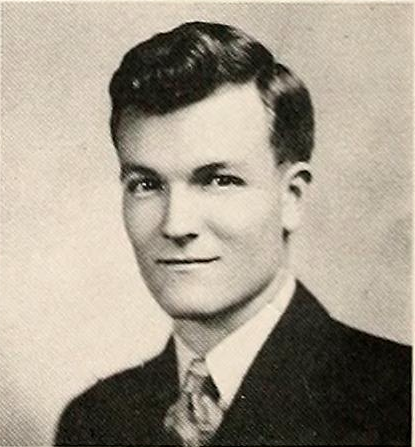 Location of Death: Somewhere in the Southwest Pacific Ocean

Circumstances of Death: "1st Lt Fleming was a pilot in Marine Torpedo Bombing Squadron 151 (VMTB-151). He was killed on 12 January 1944 while on a routine dive bombing flight. He was piloting an SBD-5 plane which failed to pull out of a dive, crashed into the sea, exploded, and sank. No trace of Lt Griffith or the radioman-gunner, PFC Guy Clapper, Jr., was found. (Source: IDPF/OMPF from the National Personnel Records Center, St. Louis, MO.)" (https://www.findagrave.com/memorial/8339751/fleming-park-griffith) 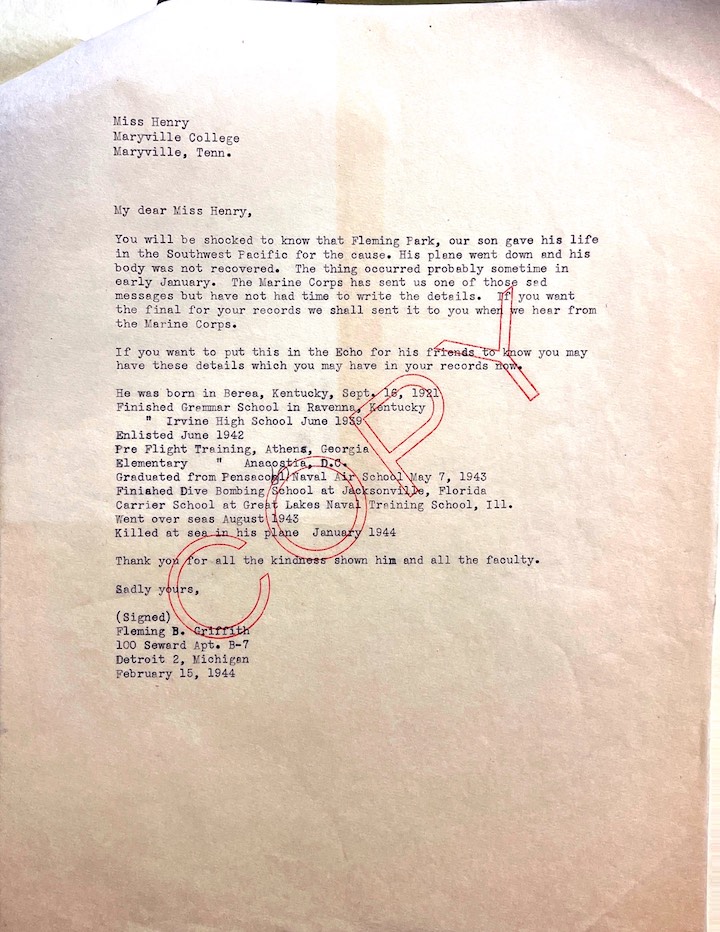 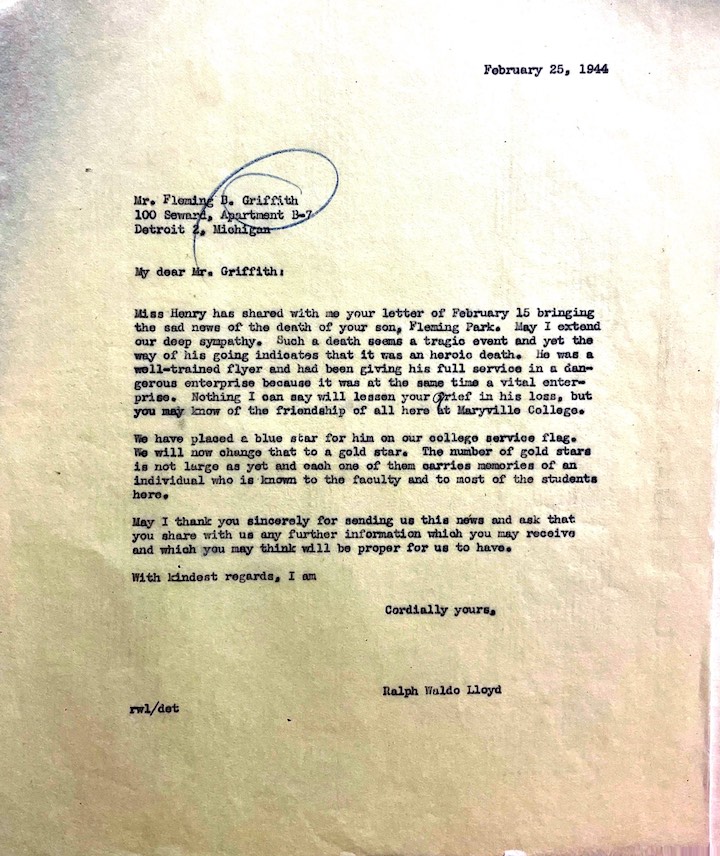 March 12, 1944 Letter from Fleming B. Griffith to Maryville College 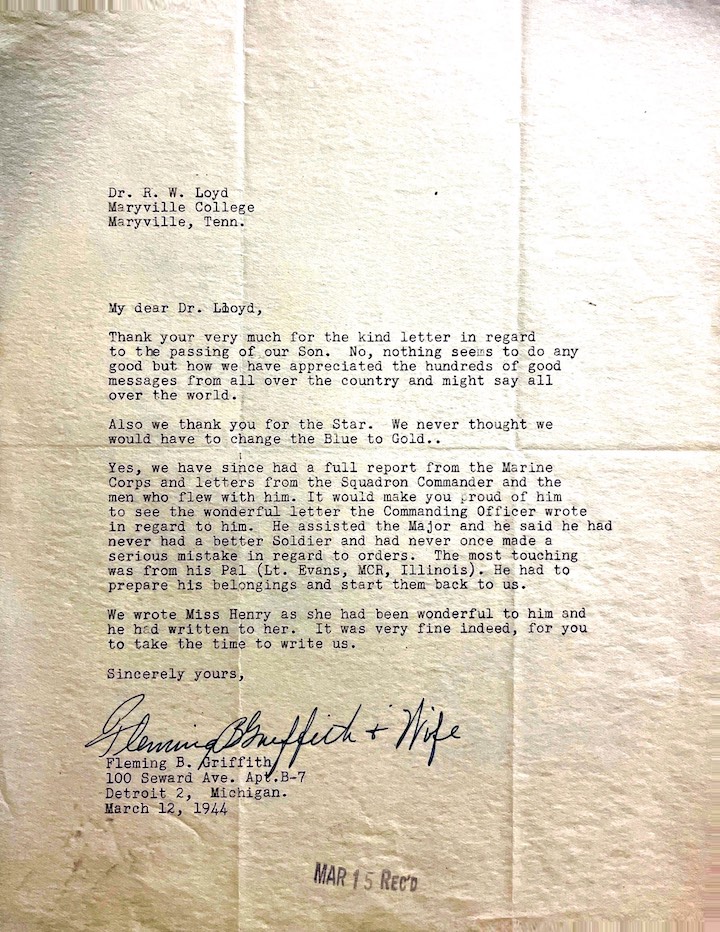