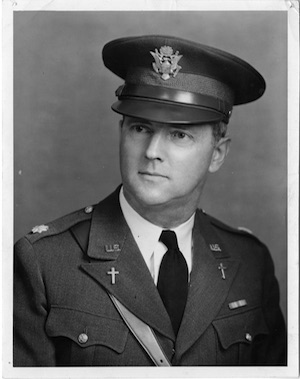 Rank:  Colonel (Assistant to the Chief of Chaplains)

Circumstances of Death: Traveling with Lieutenant General Frank M. Andrews, US Commander of the European Theater of Operations, "the B-24 ["Hot Stuff"] crashed into the side of 1,600-foot-tall Mount Fagradalsfjall, near Grindavik, Iceland. Upon impact, the aircraft disintegrated except for the tail gunner's turret which remained relatively intact and 14 of the 15 aboard died except the tail-gunner (SSgt Eisel) who, though injured, survived the crash." (https://www.findagrave.com/memorial/79645308/frank-l.-miller) 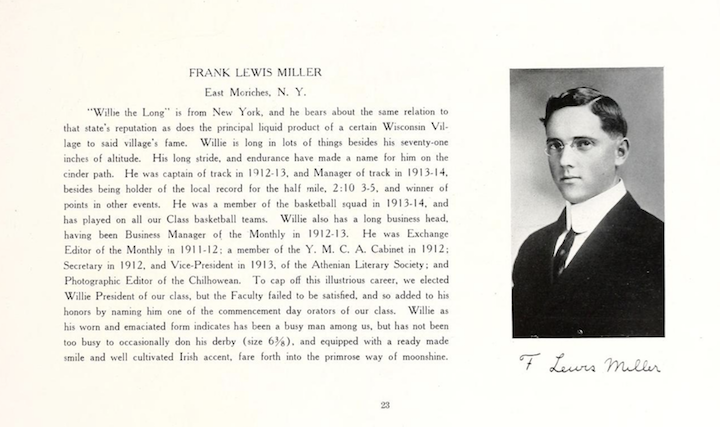 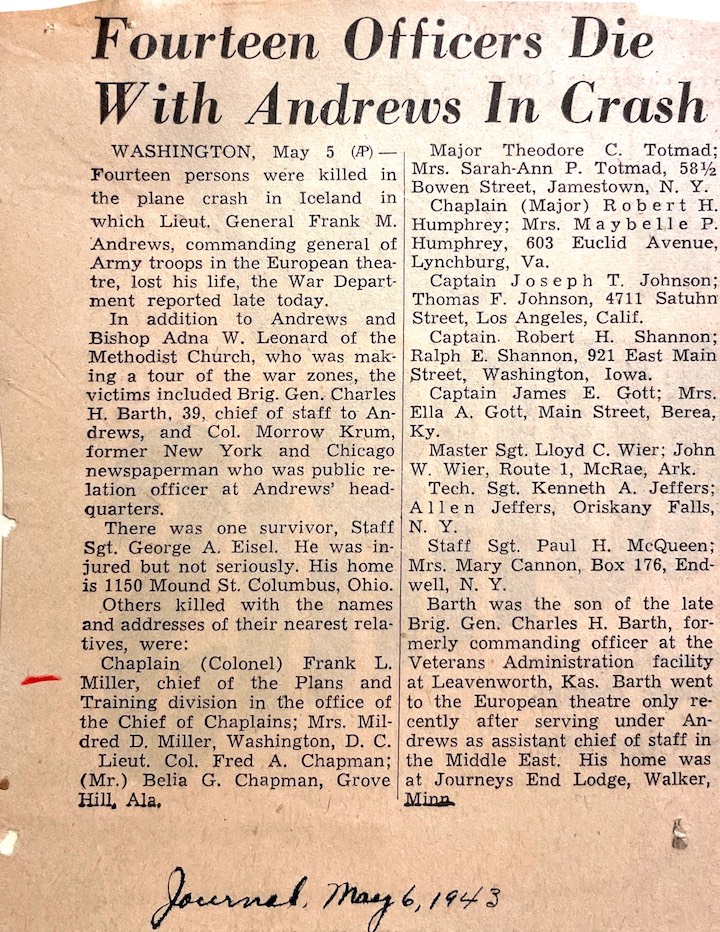 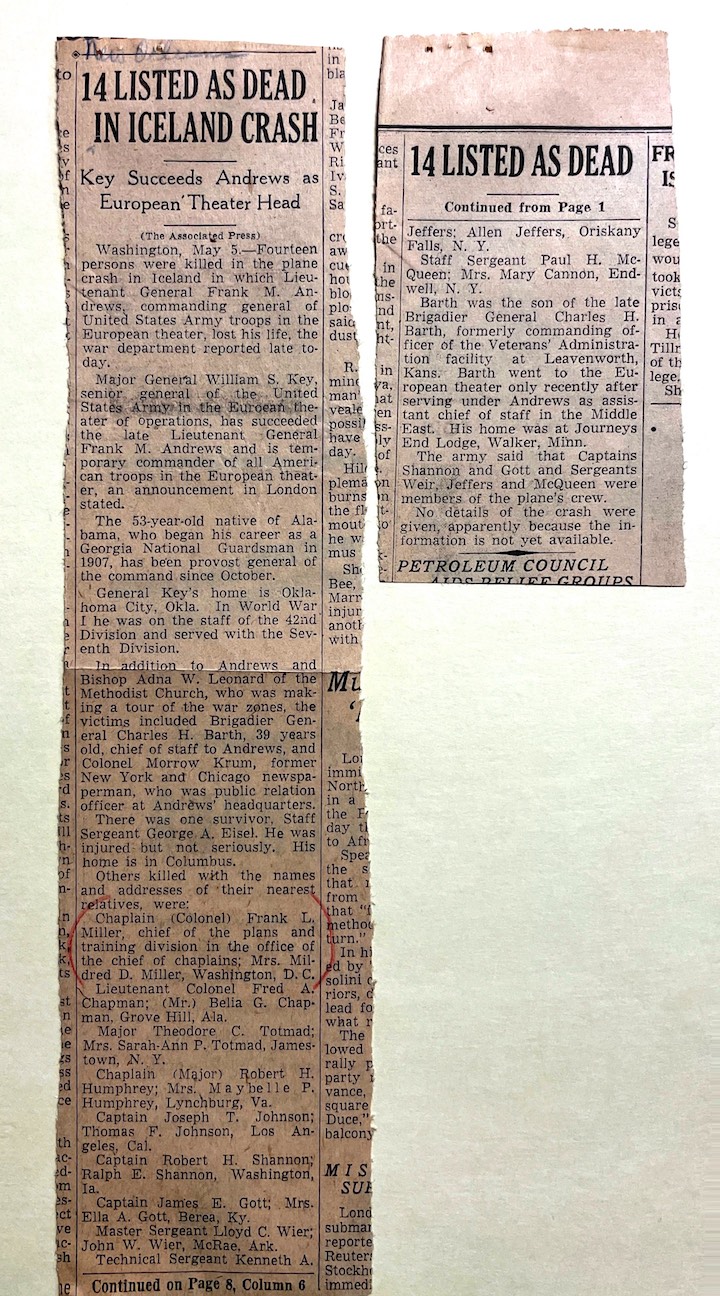 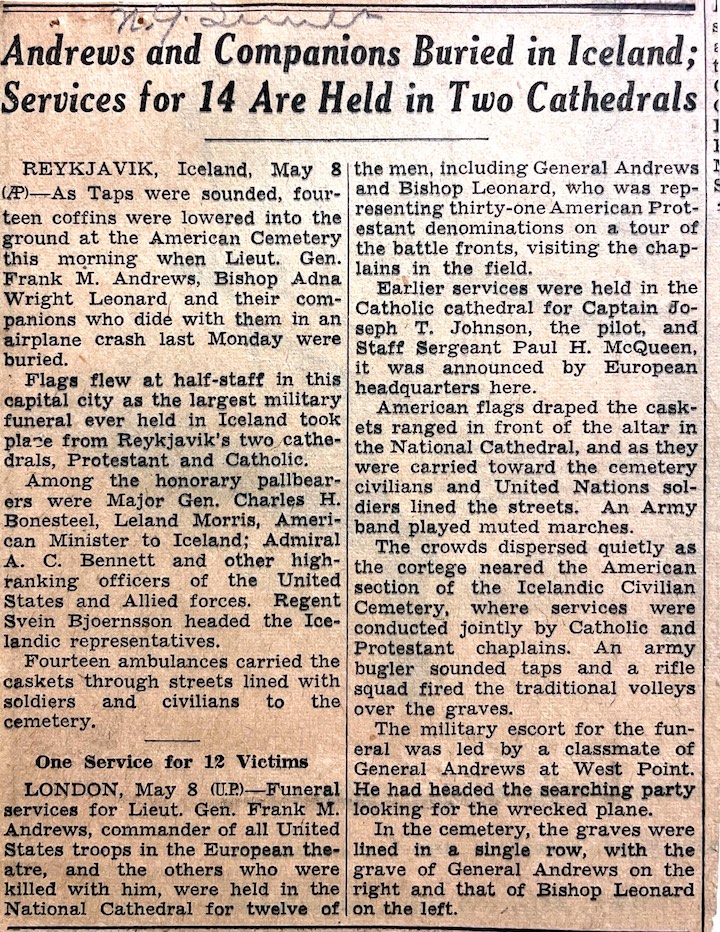 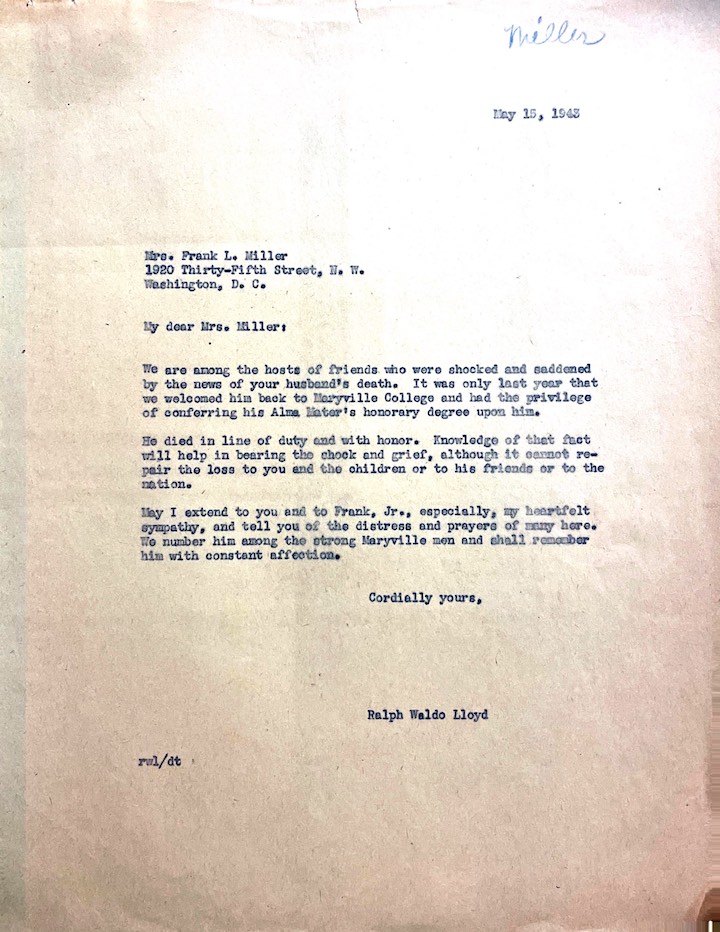 May 1943 Letter from Mrs. Mildred B. Miller to Dr. Ralph Waldo Lloyd 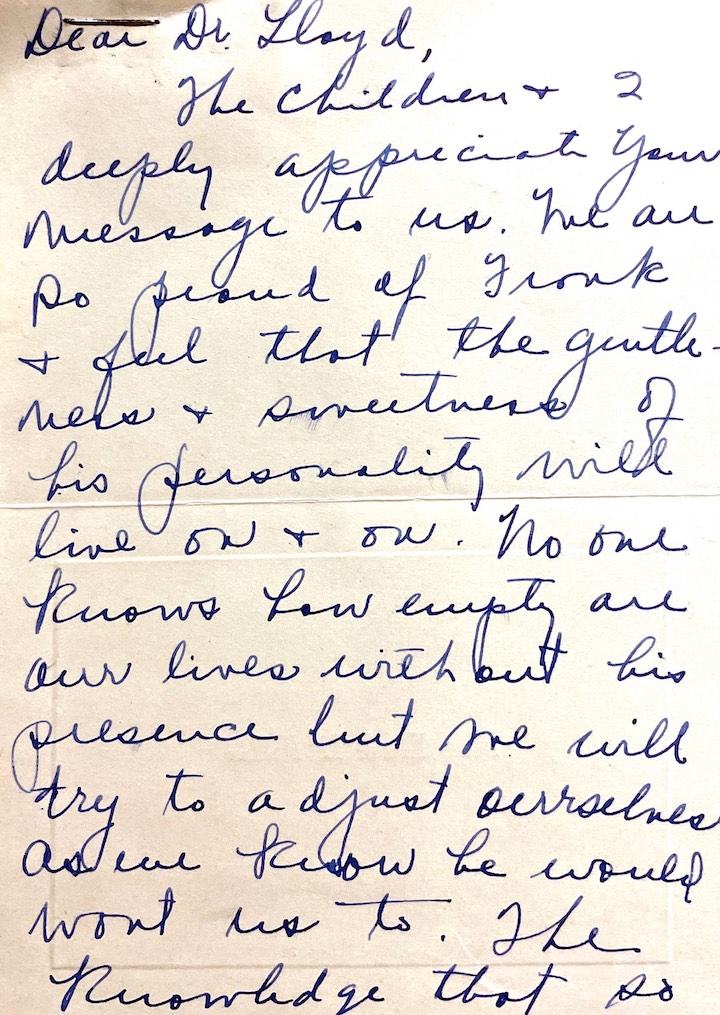 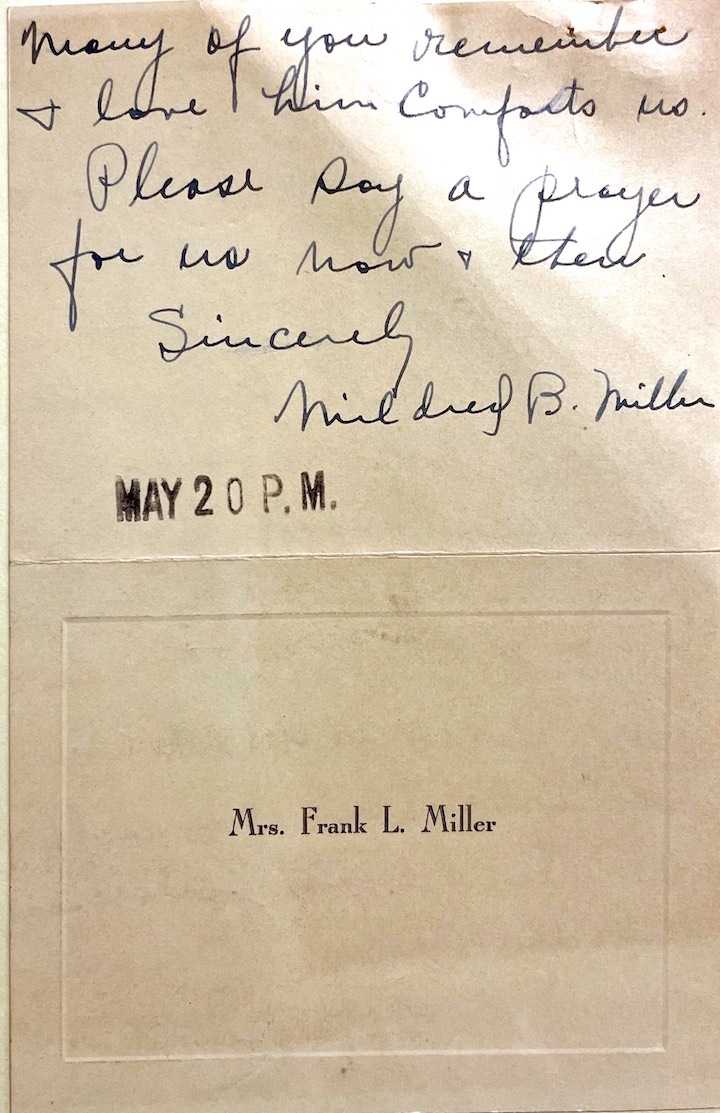