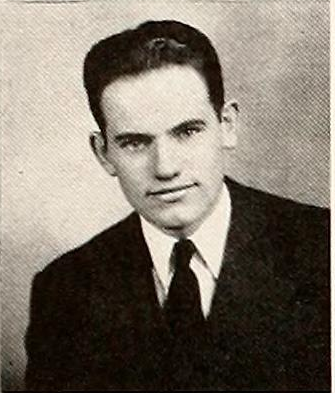 Circumstances of Death: "The next day (October 31), the Squadron experienced its first loss of the Peleliu tour. 1st Lt. George O. Beall, the squadron's parachute officer, was part of Major William Clay Jr.'s 1240 flight on mission to bomb the Japanese airfield on Yap Island. After one of the dives, George Beall did not rejoin the formation. Major Clay circled the area of the Gagil-Tomil Airfield, searching for Beall or any sign of wreckage, but he could not locate him or find any evidence of his fate. The flight returned to base at 1645 and reported Beall missing." (Doll, Thomas. Marine Fighting Squadron One-Twenty-One. Squadron/Signal Publications, 1996 as cited at http://www.ww1collector.com/Details/Beall-George-O.-Jr.html)

Additional Information: A collector of World War II memorabilia has a large collection of material on George Omar Beall Jr. and has a website describing the collection along with photographs of the memorabilia (medals, photos, telegram, pilot license): http://www.ww1collector.com/Details/Beall-George-O.-Jr.html 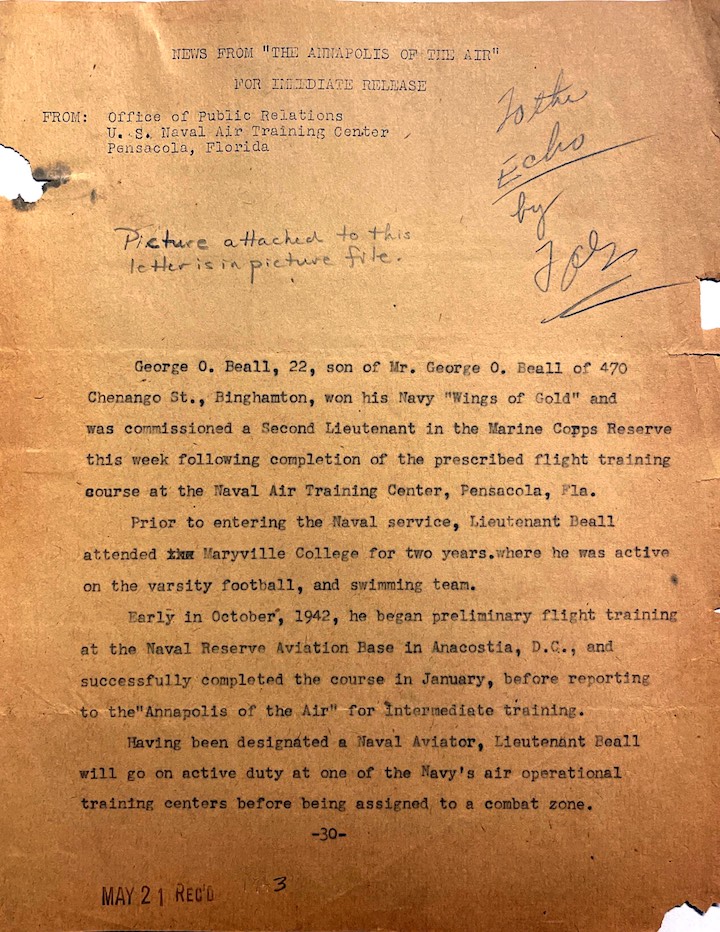