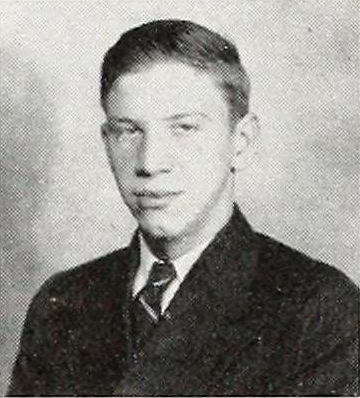 Location of Death: Near the crossroads leading to Liebau and Wenzeldorf, Czechoslovakia

Circumstances of Death: "On December 17, 1944, Tech. Sergeant Fort perished with the crew of B-24J #38 "Red 38" (42-51835). Bomber #38 was lost to fighter attack with the crew of 1Lt Roger A. Martin on a mission to Odertal, Germany (present day Zdzieszowice, Poland), on December 17, 1944 (MACR #10492). Attacked by an ME-109 piloted by Lt. Kraft from III/JG 300 at about 1205 hrs., bomber #38 crashed near the crossroads leading to Liebau (present day Libinia) and Wenzeldorf (present day Václavov), Czechoslovakia. None of the 11 crew members were able to bail out and all perished within the bomber. Lt. Kraft bailed out after his fighter was hit by one of the waist gunners (Sebelski or Fort). The ME-109 crashed in a garden in Libinia and Lt. Kraft landed uninjured. The crew was buried in a local cemetery. After the war, the bodies were exhumed and sent to the States or to the US cemetery in Saint-Avold, France, depending on the wishes of the families." (Findagrave.com memorial page)

Additional Information: After his Freshman year at Maryville College, Griffeth Harrison Fort transferred to the Citadel and graduated in 1945. The Citadel has a memorial website for him: https://www.thecitadelmemorialeurope.org/griffeth-harrison-fort-class-of-1945/. 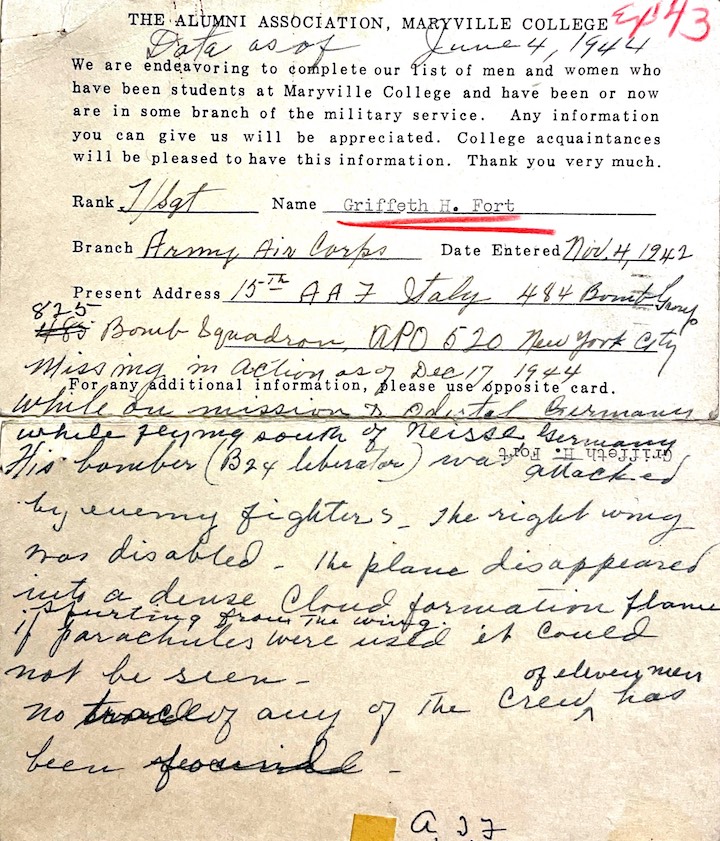 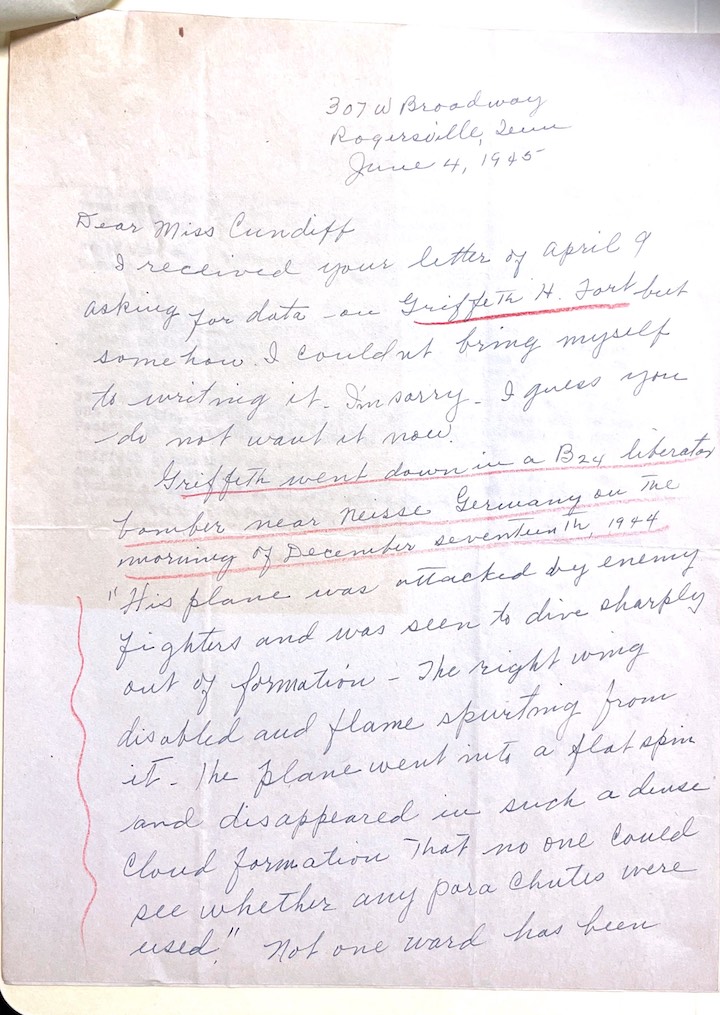 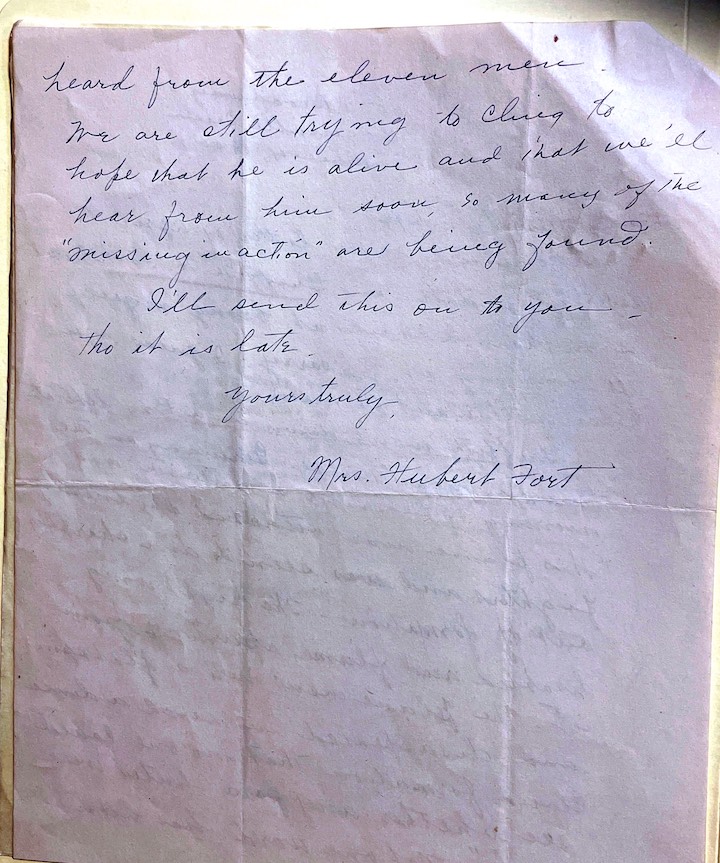 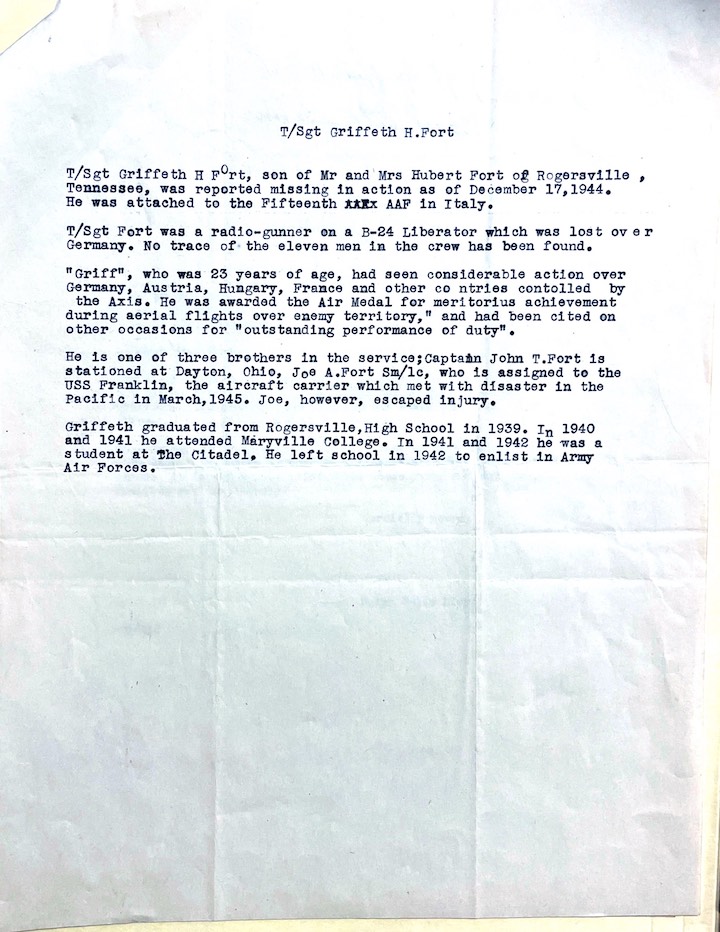 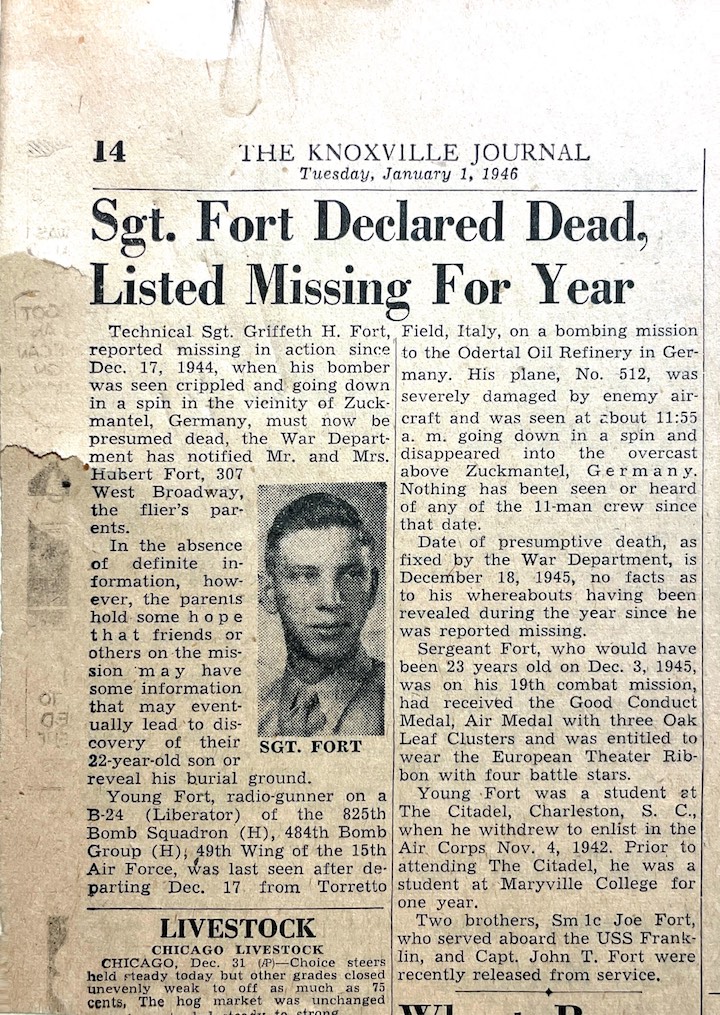 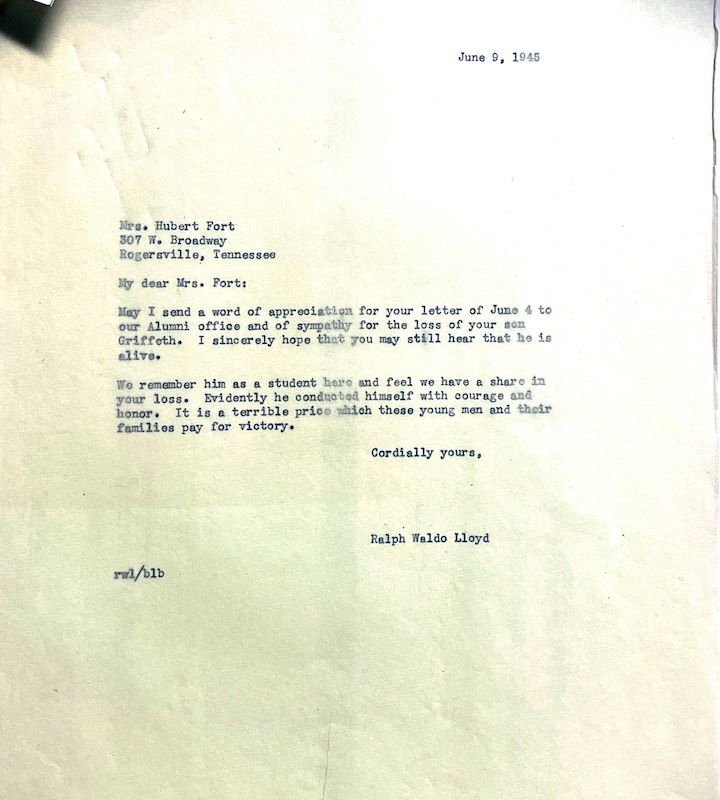