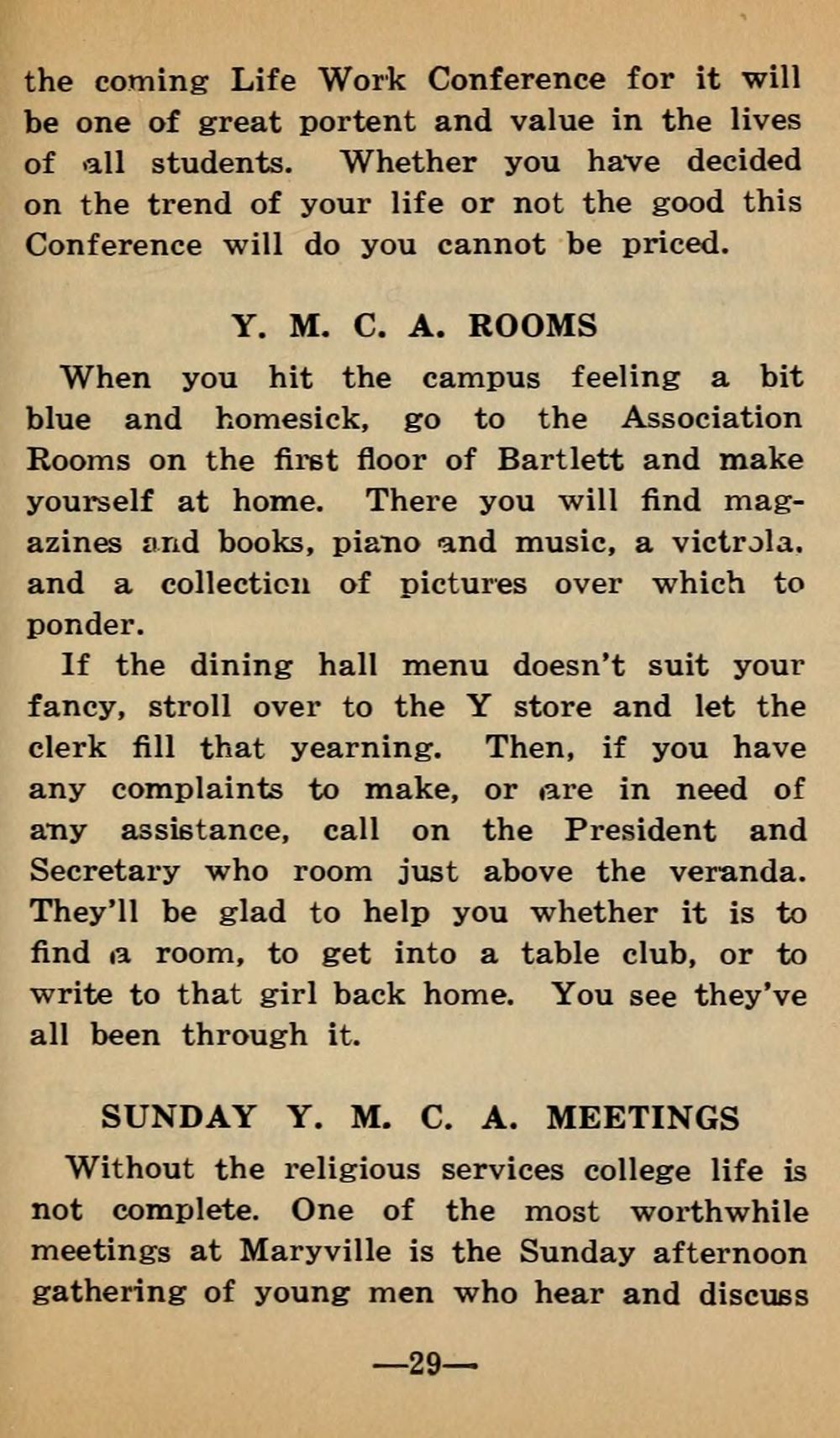 Here the YMCA  would meet as well as non-member students that wanted to participate in YMCA activities. The YWCA would meet in Anderson. Bartlett was the first dedicated YMCA building on a college campus and the fundraising for the building was accomplished through the efforts of Maryville College students. What part of the building looks different today? Notice the building to the left? 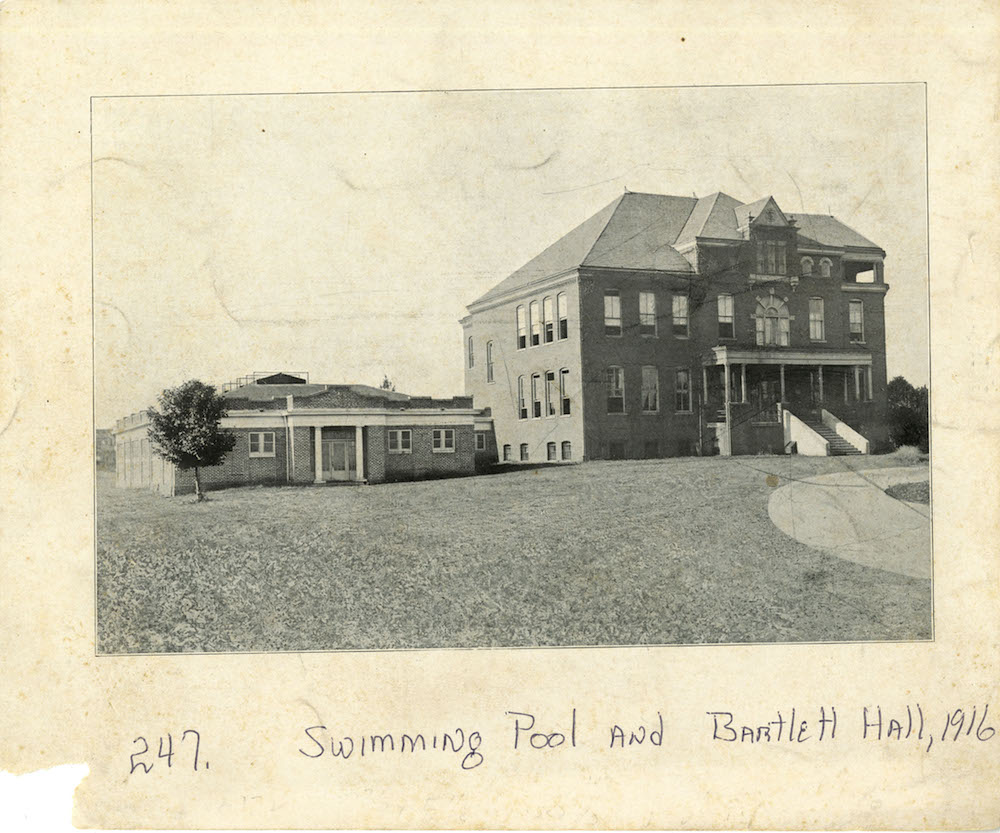 The YMCA building also had a pool attached to it where the Lambert Wing of Bartlett is now. It was added in 1914. Fun fact, it was originally planned but due to shortages in funds was delayed. The pool and gym reflect the physical health emphasized by the YMCA Students could swim and use the facility during allotted amounts of time. The pool was under the YMCA’s jurisdiction. 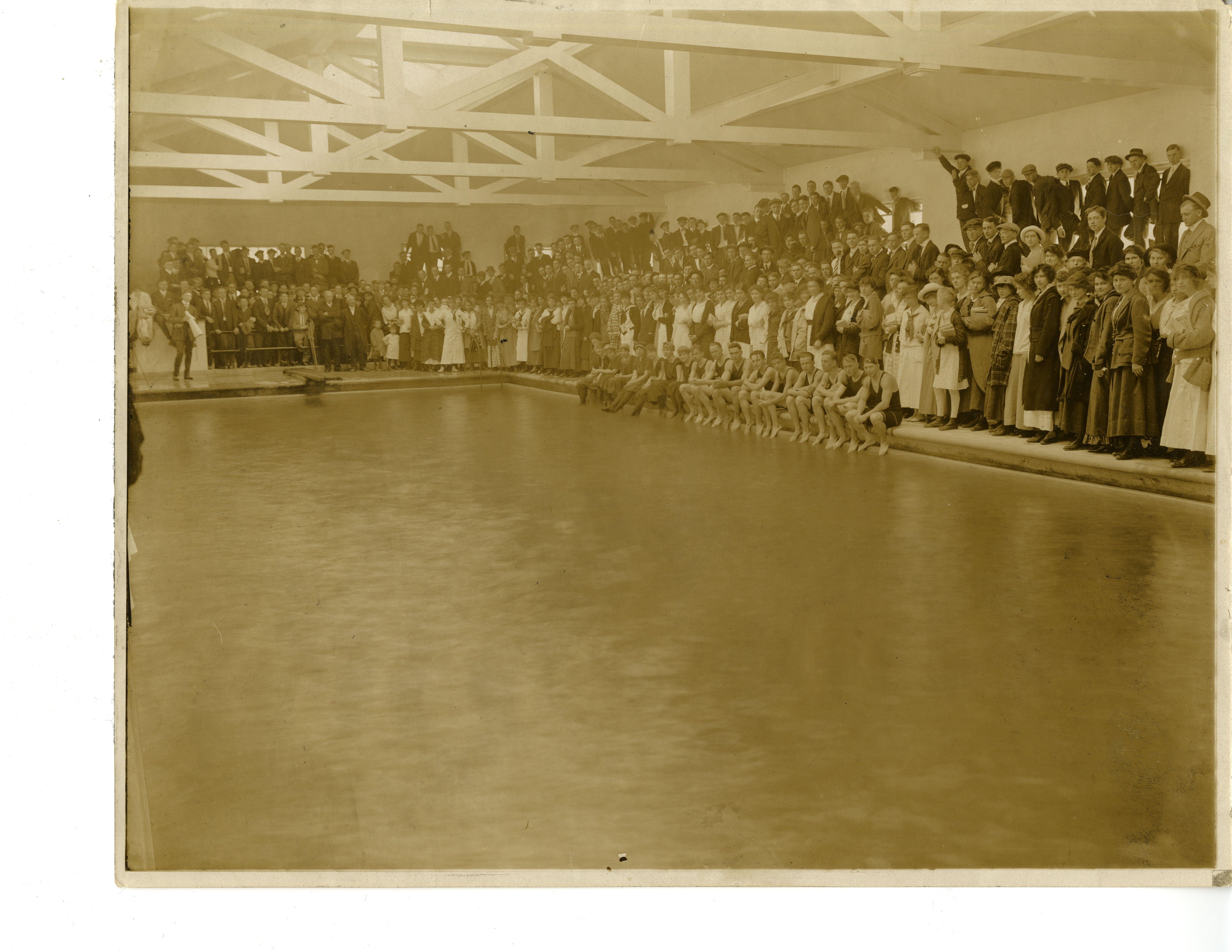