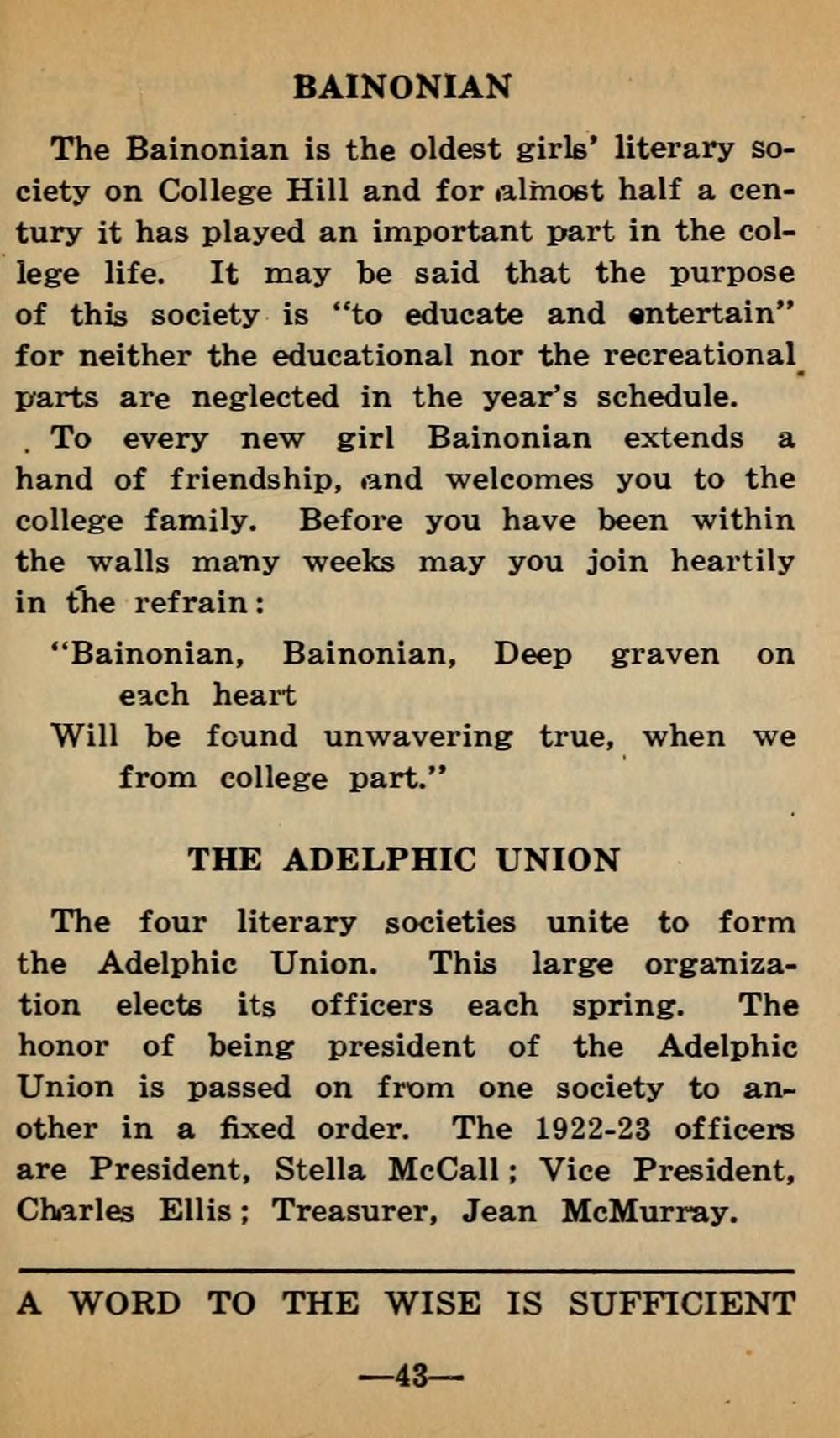 An article from the Highland Echo about a Bainonian program held to ring in the new school year. This event and others like it were an opportunity for new girls to make friends and become acquainted with the campus community.

As you can see in this photo of the ‘22-’23 Bainonian leadership, the fashion and hairstyles of the 1920s were quite different! 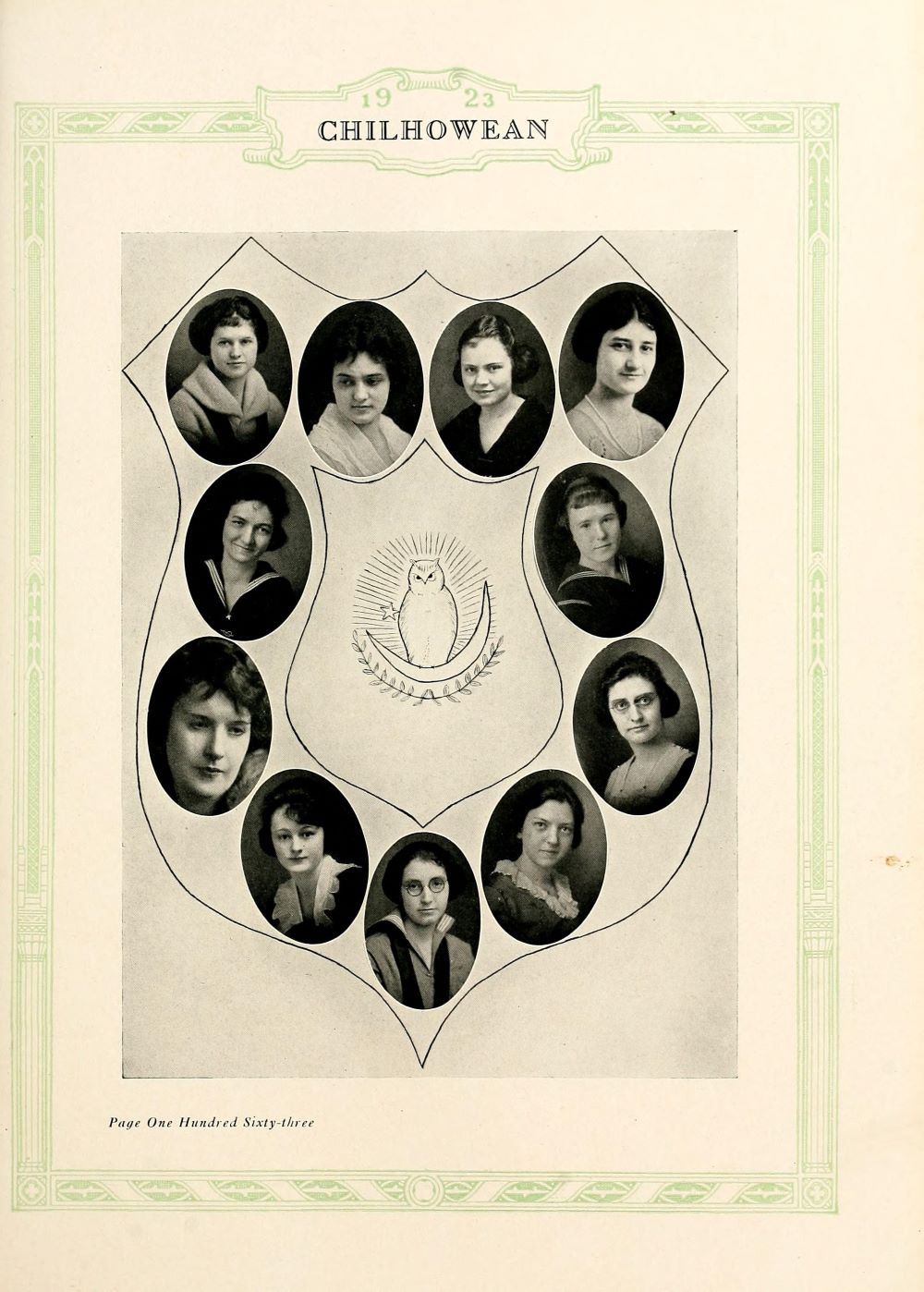