One of the stranger traditions at the college was the formation of fake clubs by the student body for seemingly the sole purpose of including them in the Chilhowean. Maryville College has no proof of the existence of either of the two clubs pictured beyond their appearance in the 1922 and 1923 Chilhoweans. If you were to create a fake club, what would it be?

*Editorial Note: the Krazy Knuts Klub had no relation whatsoever with the Ku Klux Klan. 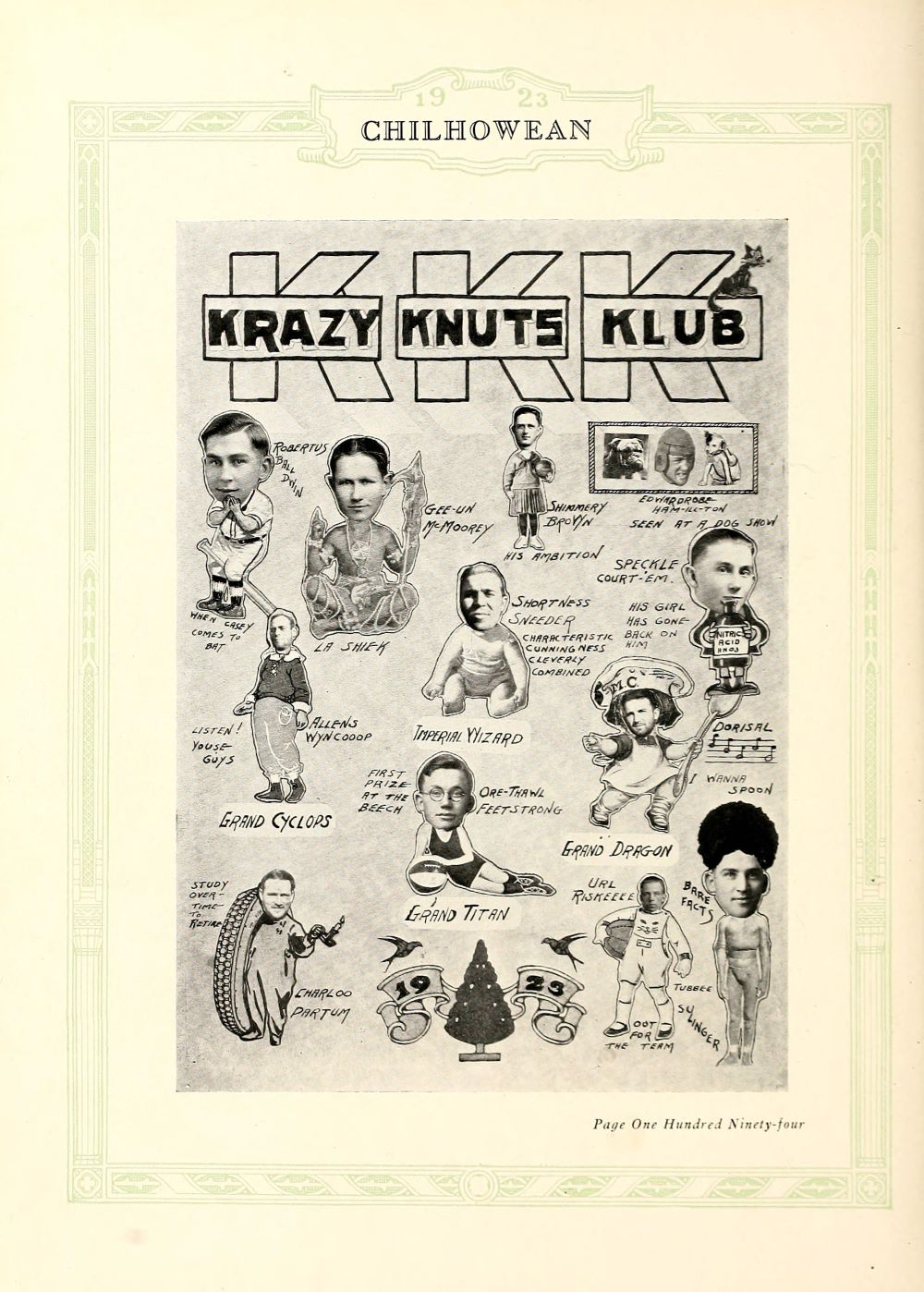 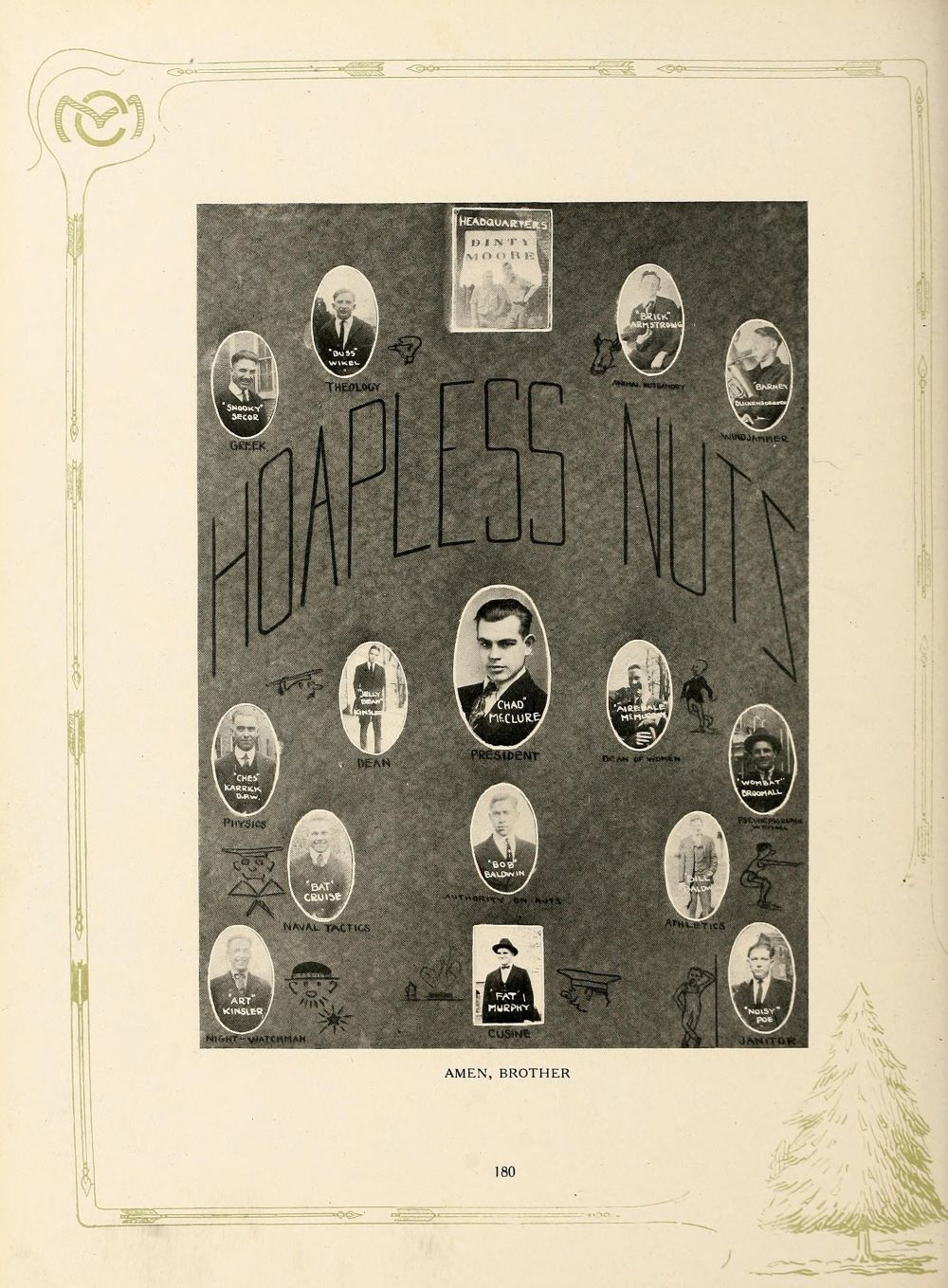