The Theta Epsilon women’s literary society was founded in 1894 and was the sister organization to Alpha Sigma. Theta Epsilon’s Midwinter performance this year was a theatrical production of Little Women by Louisa May Alcott. In the coming years, there would be many film and television adaptations of the same story including one as recent as 2019. Which is your favorite? 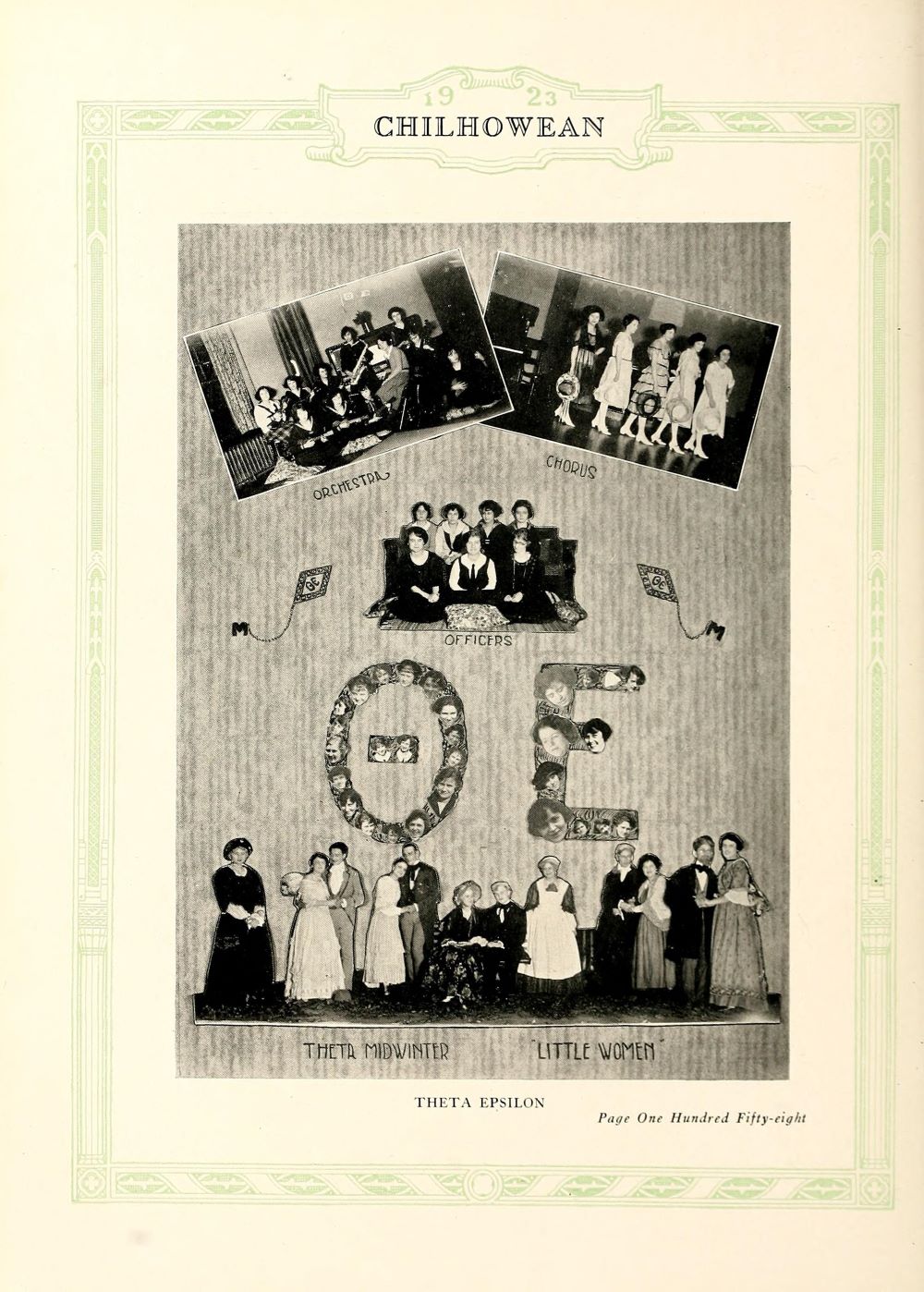 Read the “M” Book’s short blurb on Theta Epsilon. Does it sound like the sort of group you would want to join? 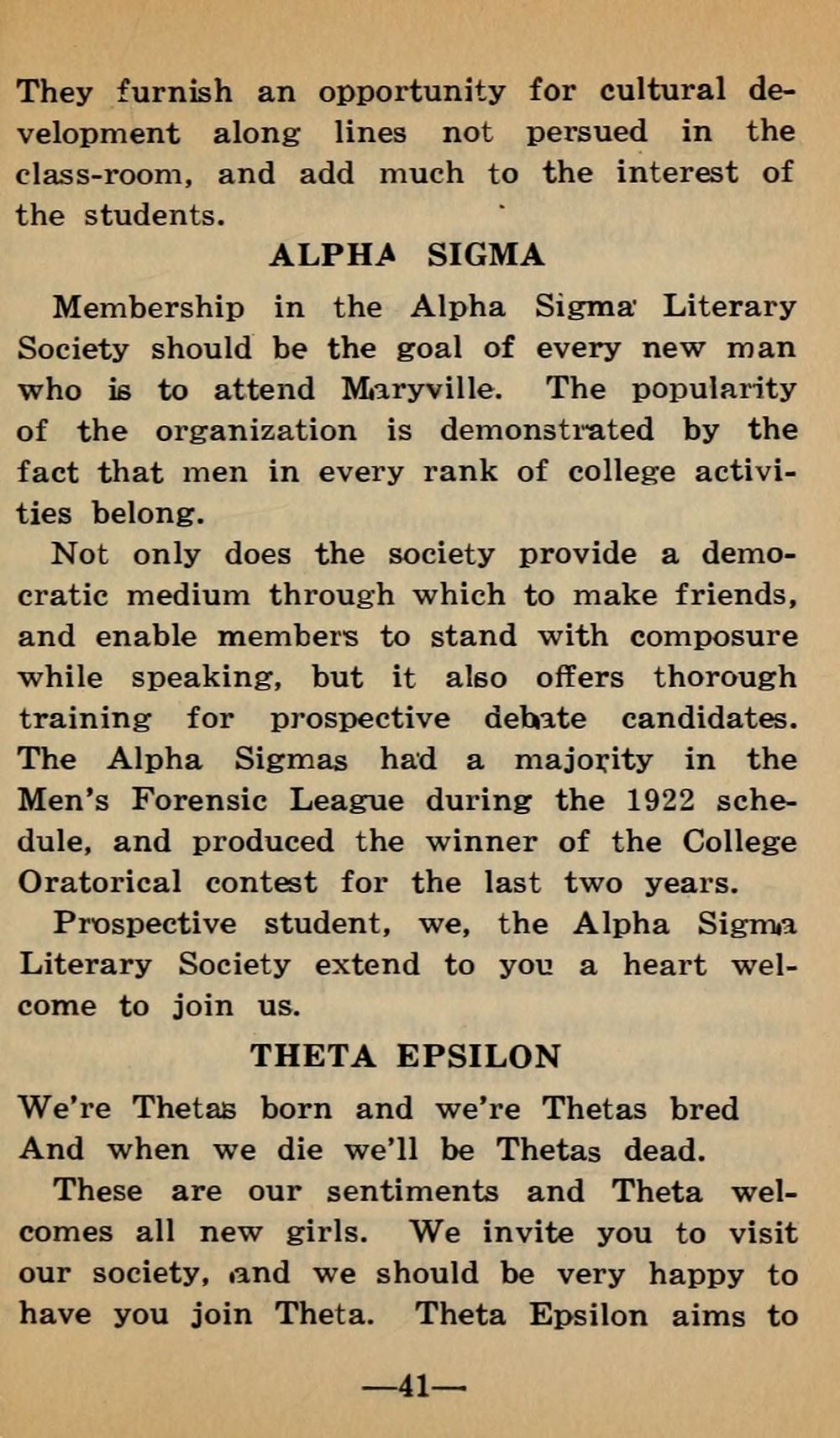 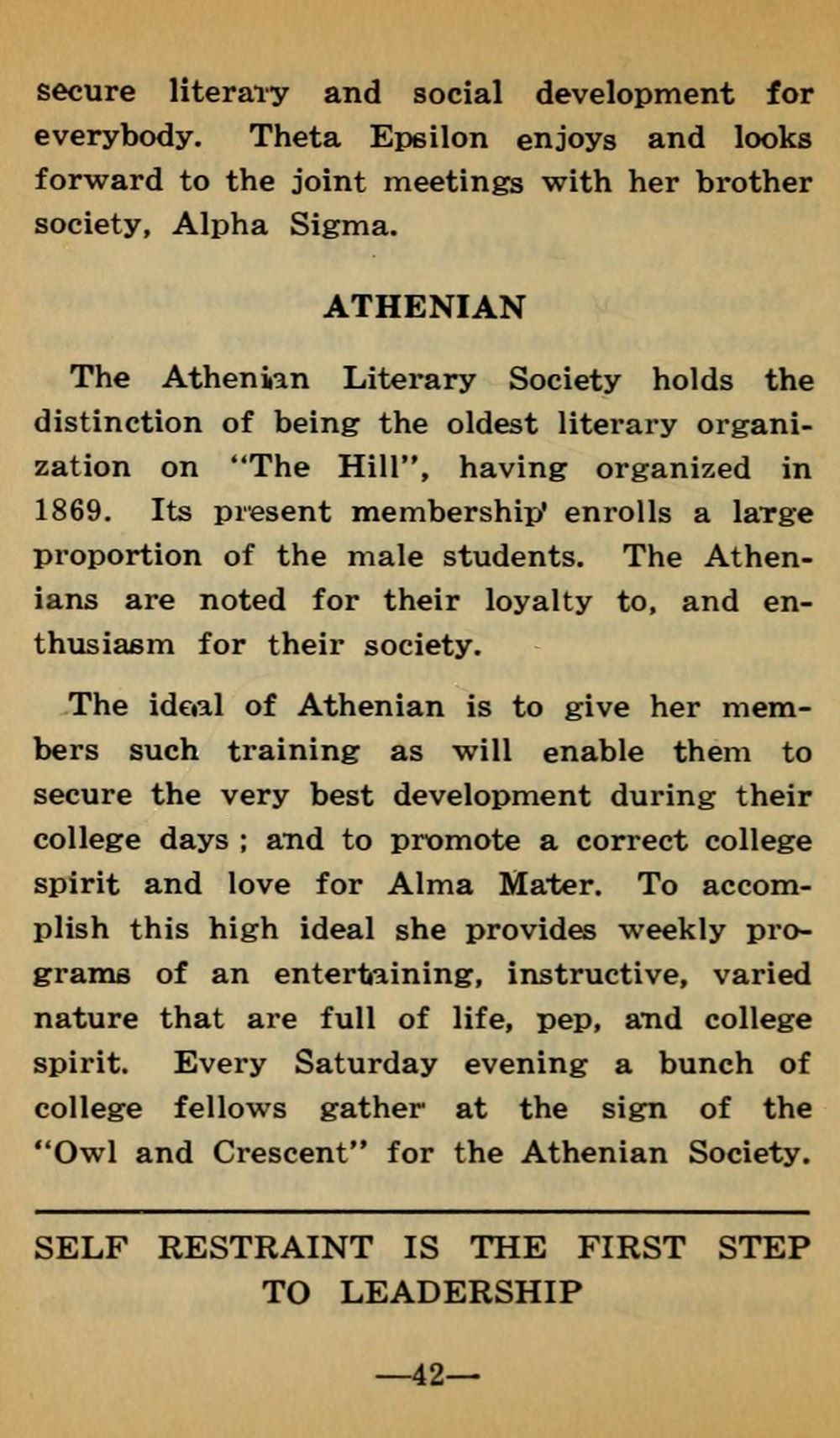 An example of Theta Epsilon’s programming as seen in the Highland Echo. These sorts of events were standard for the literary societies and could be expected for club members. 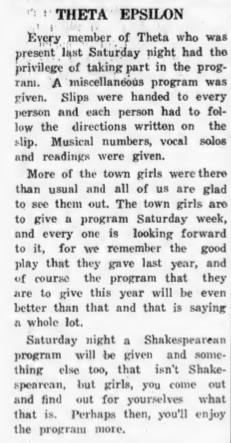